Dr. Mark Roark Answers The Question — Does My Diet Really Affect My Vision?

Too often, busy Americans fail to consider how their lifestyle choices — including the foods they eat and the supplements they take — may affect their ability to see. This begs the question: Is vision really affected by what I eat, so that my eyesight suffers if I live mainly on fast food and quick snacks?

It has been known for centuries across several cultures that dietary factors are linked to difficulties with vision, specifically with the ability to see in dim light. For example, Hippocrates, the Father of Medicine who lived from 460 BC to 370 BC, recommended eating raw liver when this malady occurred. His “prescription” was quite effective since Vitamin A Deficiency (VAD) is to blame for this condition, and the liver is the storehouse for vitamin A.

In the 1920s, this fat-soluble substance was finally isolated and given a name. Our bodies cannot manufacture vitamin A, but we can convert it from plant pigments such as beta carotene, found in many colorful fruits and vegetables. This essential nutrient can also be obtained directly from foods such as fish, milk, and eggs; research has confirmed it is vital for proper growth and development, a good immune system, healthy skin and mucus membranes, and normal vision. 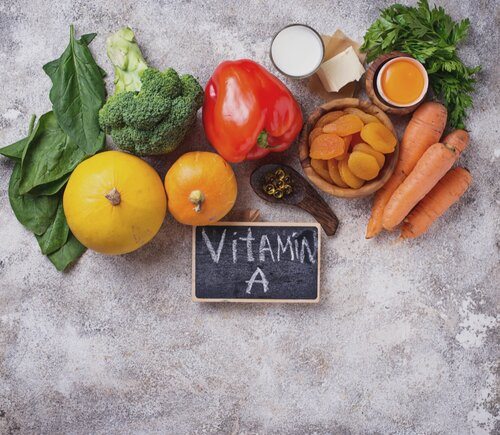 Severe VAD leads to persistent dryness of the eye, cloudy vision, eye infections, and eventually, vision loss.  Vitamin A is also a vital part of the photopigment found in the rods of our retina, allowing our eyes to adapt to changing levels of light. Without adequate vitamin A intake, “night blindness” occurs and is considered an early sign of deficiency.

VAD is rare in the industrialized world. However, it remains a major preventable cause of blindness among children and pregnant women in developing countries, many in Africa and South Asia. It is estimated that more than 250 million children worldwide have VAD with up to a half-million new cases of childhood blindness each year.

When VAD is severe enough to cause major eye complications, the one-year survival rate in this vulnerable population is only 40%, with most survivors having some level of blindness. This is not surprising, since a severely malnourished child is nine times more likely to die of common illnesses than a well-nourished child. When caught in time, however, high doses of vitamin A are effective in preventing this devastating outcome. 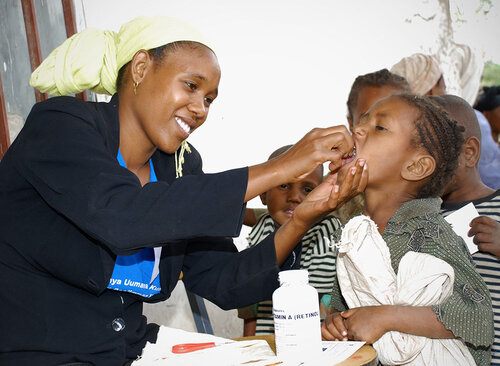 NI is committed to supporting vitamin A programs for young children as one of the most cost-effective ways to improve child survival; photo courtesy of Nutrition International.

Fortunately, global initiatives are in place to assist national governments of poorer countries in addressing this public health concern. This effort is led by the Global Alliance for Vitamin A (GAVA), a partnership among several large organizations. One of these, Nutrition International working with GAVA partners and worldwide vitamin A manufacturers, has provided more than 10 billion vitamin A capsules to children in poor countries at a cost of approximately two cents per capsule. Healthcare workers give children under age 5 a vitamin A dose of 100,000 to 200,000 international units (or IUs) twice yearly by simply snipping the end from the color-coded capsule and squeezing its contents into the child’s mouth. Though more work needs to be done, this has benefited many children and prevented an estimated 1.25 million deaths in 40 countries since 1998.

Few Americans suffer from VAD, yet other dietary deficiencies with long-term health implications do exist. Scientific studies confirm that specific nutrients are necessary for optimal vision and to reduce the risk of sight-threatening eye diseases. The unfortunate fact remains that these nutrients are woefully lacking in the typical Western diet. Our next macular nutrition blog will look at these nutritional deficiencies and provide specific guidelines that promote a lifetime of optimal eye health and excellent visual function.

Dr. Roark graduated from Indiana University with a Doctorate in Optometry and founded Allisonville Eye Care Center in Fishers, Indiana. Dr. Roark specializes in the scientific field of visual performance and ocular nutrition, and has lectured frequently to other Eye Care Professionals, both nationally and internationally. He recently co-authored a peer-reviewed article published in a special edition of the Molecular Nutrition and Food Research journal on “Nutrition for the Eye and Brain.” 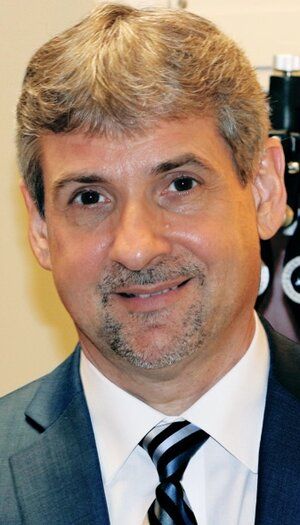