Do Screens Really Hurt Our Eyes?

Think for a moment: how much time every day do you spend watching a screen?

With useful technologies like smart phones, tablets, television screens, and computer monitors becoming so integrated in everyday life, it can be hard not to inadvertently stare at pixels for several hours every day. We all know that keeping our attention buried in blue light can make our eyes tired after a while, but can too much exposure cause significant problems? Keep reading to learn the effects of screen time on our eyes!

Is Blue Light Actually Bad For Your Eye Health? 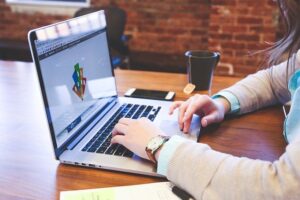 First, let’s understand why blue light strains our eyes more than regular light. Blue light inhabits the visible color spectrum that is absorbed by our eye’s rods and cones every waking second of the day. However, blue light also contains more energy per photon compared to other longer wavelengths, making it more difficult for the cells in our eyes to manage.

The primary culprit of blue light emissions comes from white LED lights — specifically, the LEDs which backlight the screens of our electronic devices. Light emitting diodes are specifically manufactured to put out narrow bands of colored light which mimics white light. Despite us not being able to see it, a lot of blue light tends to leak out of these handy illuminators, which is why they mess with our circadian rhythms.

Dr. Joseph LaPlaca — Founder and CEO of Ares Elite Sports Vision — explains that the eye’s cornea and lens are unable to block or reflect blue light, which may allow blue LED light to damage primary retinal cells in the eye.

“While there’s no strong scientific evidence that blue light from digital devices causes damage to your eyes, there is a growing concern that blue light can have long-term effects on our health,” Dr. LaPlaca said. “Blue light exposure may contribute to the destruction of the cells in the center of the retina and play a role in causing age-related macular degeneration, which can lead to vision loss.”

While blue light and ultraviolet light do have the potential to be harmful, our personal devices typically emit too low of an amount to cause any major problems. But that doesn’t mean precautions shouldn’t be taken to reduce blue light as much as possible!

Why Do Screens Make Your Eyes Tired?

When you look at a screen, you might imagine your eyes aren’t doing as much work as when you’re doing things in the physical world. In fact, quite the opposite is true!

Digital eye strain is a growing problem and frequent eye complaint. Just like while reading a book, your eyes are constantly darting back and forth while looking at a screen, jumping between lines of text and clinging to colorful, flashy images. This is a recipe for quick ocular exhaustion!

Likewise, people tend to blink less when using computers and other attention-demanding gadgets. This is because blinking and thinking are related: when our minds are intently focused on something, we blink less often because we don’t want to miss anything. Adding to the problem is the constant brightness of screens which naturally demand fewer blinks to look at. These conditions add up to tired eyes, which need a break from concentration every once in a while.

Can Screens Cause Myopia? 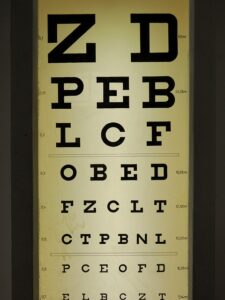 Myopia, also known as nearsightedness, is a condition where objects far away become difficult to see compared to objects nearby. It is typically a hereditary trait, but recent studies have shown that prolonged screentime—especially amongst children, whose eyes are still developing—can vastly increase the chances of developing myopia. While the condition isn’t straightaway harmful and can often be corrected with glasses or contact lenses, severe cases can place people at much greater risk of developing glaucoma, retinal problems, or macular degeneration later in life.

It’s not just computer screens, either. Research has shown that any activity performed up close for long periods of time can increase the likelihood of developing myopia. Hobbies such as reading, writing, knitting, drawing, and painting can increase your chances of nearsightedness, to name a few.

The solution? Spending plenty of time outdoors and away from screens has proven to be an effective countermeasure against myopia, especially with children and young people. So go out and get some sunshine…but don’t look at the sun!

How Can You Protect Your Eyes From Screens?

Because almost all of us need to use digital devices for day-to-day tasks, many people look for ways to protect their tired retinas from prolonged exposure. After all, a lot of workers look at screens for a living!

One popular trick is known as the 20-20-20 Rule. Simply put, for every 20 minutes of screentime, focus on something 20 feet away for 20 seconds. Working in some blinks will also refresh your eyes with a hydrated tear film before returning to the screen! You may also want to consider using blue light blocking glasses, which are specially made to absorb those harmful wavelengths. Other eye-hacks like downloading blue light blocking plugins, using warm screen settings, and angling your device at least 30 degrees from your eyes can help even more.

Artificial eye drops (without phenylephrine—be sure to check) are another effective method used to combat eye strain. Many over-the-counter brands are harmless when used as needed for immediate comfort. However, keep in mind that most artificial tears are held in bottles which release more solution than your eye really needs. Unfortunately, this is a corporate tactic to exhaust your supply faster, forcing you to buy more.

Nanodropper provides intuitive adaptors which fit over eye drop bottles to reduce the amount of drops wasted, saving your wallet and optimizing your eye health at the same time. If you experience frequent eye strain from screens, a Nanodropper Adaptor will quickly pay for itself and save you time and money!